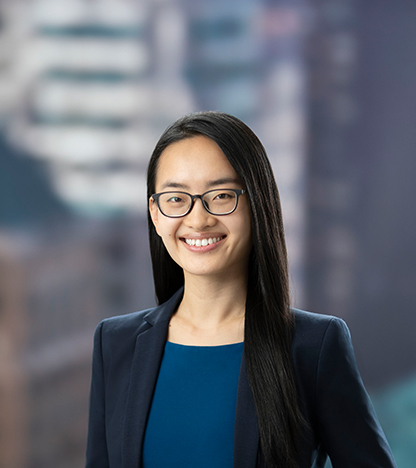 Angela assists with case strategy, including coordination with joint defense counsel, manages document productions, and prepares clients for interviews with company counsel, government investigators, depositions, and trial testimony.  Angela works closely with clients and strives to understand their interests and keep them informed of case developments.

Angela joined LSW from a federal judicial clerkship at the trial level with the Honorable Roslynn R. Mauskopf in Brooklyn, New York.  Prior to her clerkship, Angela was a litigation associate at Sidley Austin.

Angela maintains an active pro bono practice.  She has played a leading role in representing over a dozen pro bono clients and assisted in the representation of several others, including:

Angela is fluent in Mandarin and conversational in French and Spanish.