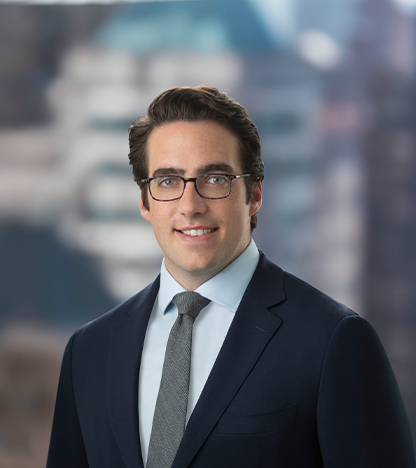 Ben represents individuals in white collar criminal and regulatory investigations and cases brought by U.S. Attorney’s Offices, the U.S. Department of Justice, the U.S. Securities and Exchange Commission, and other government agencies, often resulting in no charges brought against the client.

Ben’s practice also encompasses complex commercial litigation and professional ethics issues, as well as cross-border disputes arising out of the U.S., Europe, the Middle East, and Asia.  Ben’s clients range from the C-suite executive of a publicly traded company to law firm partners, an Am Law 100 law firm, a global accounting firm, a leading investment bank, and a private equity firm.

In addition, Ben maintains a pro bono practice.  In 2021, he argued and won an appeal before the U.S. Court of Appeals for the Third Circuit on behalf of an asylum-seeker whose applications had been rejected by the immigration court and the Board of Immigration Appeals.

Before joining LSW, Ben clerked at the federal trial level for the Honorable Roslynn R. Mauskopf in Brooklyn and was an associate in the New York office of Gibson, Dunn & Crutcher LLP.  Prior to law school, Ben was a management associate at Bridgewater Associates, a hedge fund firm, where he worked in the research and cybersecurity departments.

Ben speaks fluent Hebrew, and is conversational in Spanish and French.