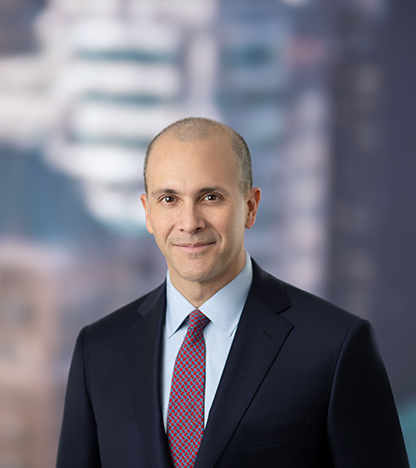 Twice named the New York White Collar and Government Investigations Lawyer of the Year by Chambers USA, Dan has earned a national reputation for “his breadth of expertise and his deft handling of high-profile cases” (Chambers USA).  A Fellow of the American College of Trial Lawyers, he is Chambers-ranked for both White Collar and Government Investigations  and as a Trial Lawyer, and has been profiled by leading publications including the New York Times and The American Lawyer.

Prior to joining LSW as a partner in 2005, Dan served in the Criminal Division of the U.S. Attorney’s Office for the Southern District of New York. During his tenure, he received the Justice Department’s Director’s Award for Superior Performance and was named the Federal Prosecutor of the Year in 2003 by the Federal Law Enforcement Foundation.

“A natural in the courtroom.”

“He’s one of the smartest lawyers on earth … a tremendous trial attorney.”

“Described as incredibly skilled and gifted in the courtroom, with amazing client skills.”

“[A] superstar … who is particularly praised for his subject matter expertise and responsiveness.”