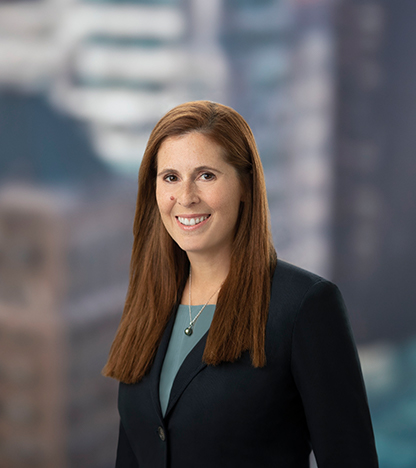 Rosie represents individuals and organizations in both federal and New York state courts. Her experience spans a wide range of civil disputes and litigation, including contract disputes among financial institutions, claims of fraud, negligence, and other alleged misconduct involving financial professionals, as well as issues of legal ethics, and civil RICO claims. She has represented individuals in connection with Department of Justice investigations of alleged wire fraud, tax fraud, Foreign Corrupt Practices Act violations, and money laundering. She also has represented executives and professionals in connection with SEC enforcement investigations and various federal and state criminal investigations and prosecutions.

In 2012 through 2013, Rosie represented an individual defendant charged with fraud and larceny in a three-month criminal trial in New York Supreme Court that resulted in a jury verdict acquitting the client of all charges. In 2015, she represented a small community bank charged with larceny, mortgage fraud, and other charges in a several-month criminal trial in New York Supreme Court that also resulted in an acquittal on all charges. After graduating from law school, Rosie served as judicial law clerk at the federal appeals court in Atlanta, Georgia and as an associate in the bankruptcy and restructuring group at a major Atlanta-based law firm.